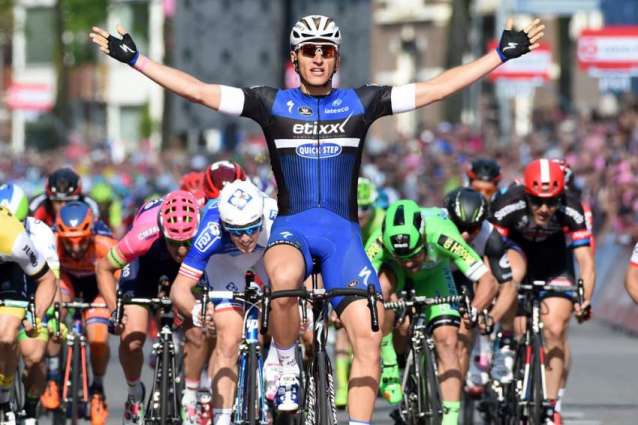 Kittel of Quick-Step team who is also the defending Dubai champion won the first two of a total of five stages and remains the lead overall.

Thursday however saw Degenkolb of Trek-Segafredo steal the limelight, going on in just a little over four hours to go through the 200 kilometres. Behind him came South Africa’s Reinhard Janse van Rensburg and Sonny Colbrelli of Italy placing second and third respectively.

In the tricky weather conditions, Degenkolb was able to cope best as strong winds kicked up sand, tossing it in the face of the riders, thereby causing a number of riders to fall off their bikes.

Kitel, the defending champion finished just outside of the top ten in a race in which he alleged that an Astana rider hit him on the head thus causing blood to flow.

Taking the initiative, Van Rensburg sprinted for the line after noticing that Mark Cavendish, his team leader was missing from the back of the Dimension Data train.

When it seemed he was going to win the stage, Degenkolb went past him in the final metres of the race to take home his first victory of the season.

For Degenkolb, the 2016 season had been largely uneventful as recovery from a car crashing into his training group and him nearly severing a fingertip made him participate less in events.

For the team Trek-Segafredo, it was also a first season win. Degenkolb who spoke after the race said:

“I really wanted to get this win for the team.”